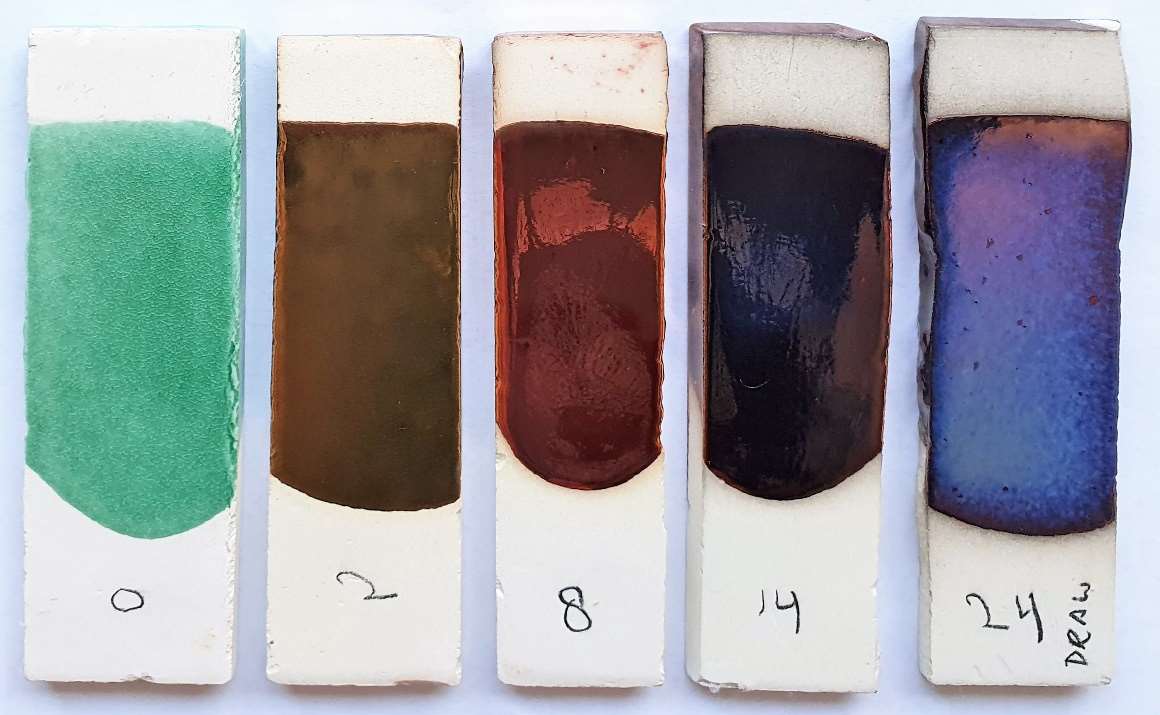 CAT’S-EYE LUSTRE GLAZE MADE AT DE PORCELEYNE FLES IN THE EARLY 1900S. CHEMISTRY, NANOSTRUCTURE AND PRODUCTION TECHNIQUE OF A LUSTRE GLAZE ON ART POTTERY FROM THE MODERN ERA

The art pottery movement in the modern era in the West (post 1875) is a unique development in the history of ceramics. In The Netherlands, De Porceleyne Fles (DPF) at Delft played a pioneering and leading role. Lustre – a glaze surface with a metallic or iridescent shine – was an integral part of their aesthetics from around the turn of the century. In about 1902, DPF’s leading chemist H.W. Mauser (1868-1940) made the chance discovery of an enigmatic lustre glaze that appeared to refract light like a prism, which he named “cat’s-eye”. Despite having received much attention from an art historical perspective, the technical aspects of the art pottery from this era, an integral part of the artist’s work, has to date only been little researched. The current research proposal aims to start to change this paradigm, by elucidating the materials and production technique biography of the cat’s-eye glaze as a representative case. The glaze’s chemical composition and nanostructure will be determined, and key insight into the production technique will be gained by reconstructing the glaze based on the obtained data. This research sets the stage for future studies into the technical art history of art pottery from the modern era. 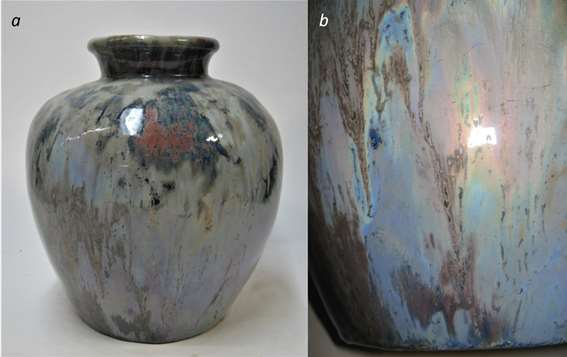 Timed quenched samples of a reconstructed cat’s-eye glaze (not the original Mauser-recipe) drawn from the kiln during the reduction firing process after 0, 2, 8, 14 and 24 minutes, showing the formation and evolution of the lustre, and ultimately the cat’s-eye effect (t=24 minutes, visible as a bluish opalescence).