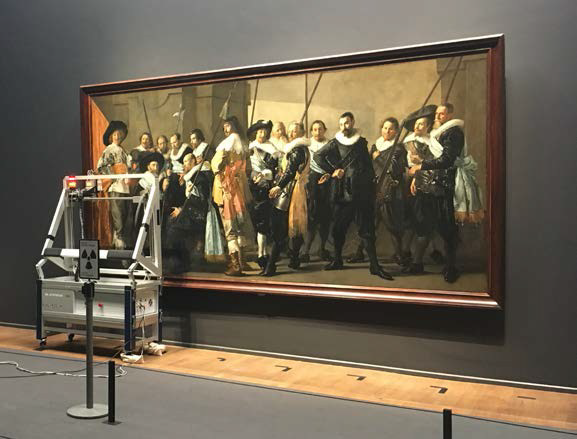 Objects of art are increasingly exposed to ionizing radiation. Modern analytical techniques use the interactions of photons, electrons and ions with materials to identify the materials in the object. But interaction means that irradiation may induce visible or invisible alterations, either permanent or temporary. The consequences of radiation in terms of long-term effects are not fully known, as also showed at a Technical meeting in Amsterdam organized by the IAEA in 2017. Exposure to radiation is of a cumulative nature, which means that previous exposure may alter – or change the sensitivity of objects or research samples. Therefore, art objects as well as research samples in the field of cultural heritage need an irradiation passport, recording the location, total exposure and circumstances of use of radiation. Without such a passport, objects may be exposed to dangerously high amounts of radiation, results of analyses may be misinterpreted, and research into the long-term effects of irradiation of objects of art is impossible. The IPA project will develop an irradiation passport for art objects and research samples and will implement this passport in the conservation field. In addition, the passport will be tested in a pilot project, irradiating a well-characterized sample (dyed wool) with different radiation sources and studying the changes that occur. The IPA project is led by conservation scientists, a physical chemist and a conservator and has the support of an international team with different irradiation expertise, in which important synchrotron-institutes and research institutes involved in research in cultural heritage are represented.