Mathias Withoos’ View of Amersfoort (1671) is one of the largest Dutch cityscapes painted in the seventeenth century. This canvas, more than two meters high and four meters wide, shows Amersfoort in all its glory, with its churches, monasteries, mills, defenses and a lively harbour. Withoos painted the panorama for the then town hall, where it hung for about 150 years in the council chamber. Today, the painting is one of the masterpieces in the Museum Flehite in Amersfoort.

The canvas has recently been restored because of the Withoos exhibition that was helt in Museum Flehite in 2021-2022. This offered the opportunity to conduct in-depth research into the materials and techniques. What is special, for example, is that the original canvas edges with tacking holes have been preserved. And contrary to what you would expect with such a large painting, the representation is painted very precisely, with numerous details and with many thin layers of paint. Withoos seems to have constructed the city profile – which is depicted from a high vantage point – on the basis of visual observations, perspective constructions and city plans. But how did he do this exactly? There are also questions about the early restoration history and what the Council Chamber originally looked like. In this research project, analysis of the materials and painting technique will be combined with (art) historical studies and archival research. Results are published in scientific articles as well as articles for a lay public. 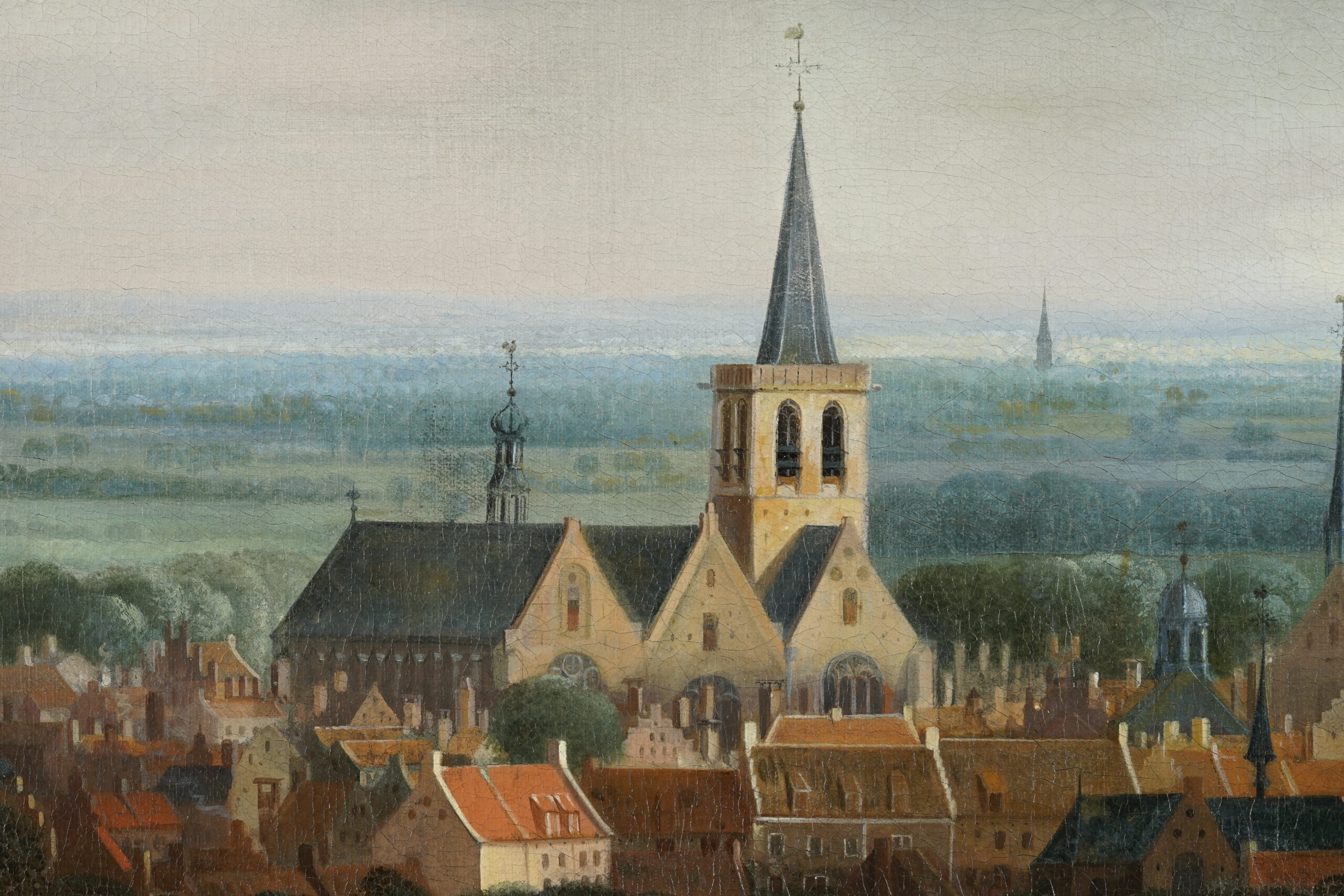 All architectural features of the church are precisely depicted: even its weathervane is indicated in detail. Photo: Restauratieatelier Amsterdam 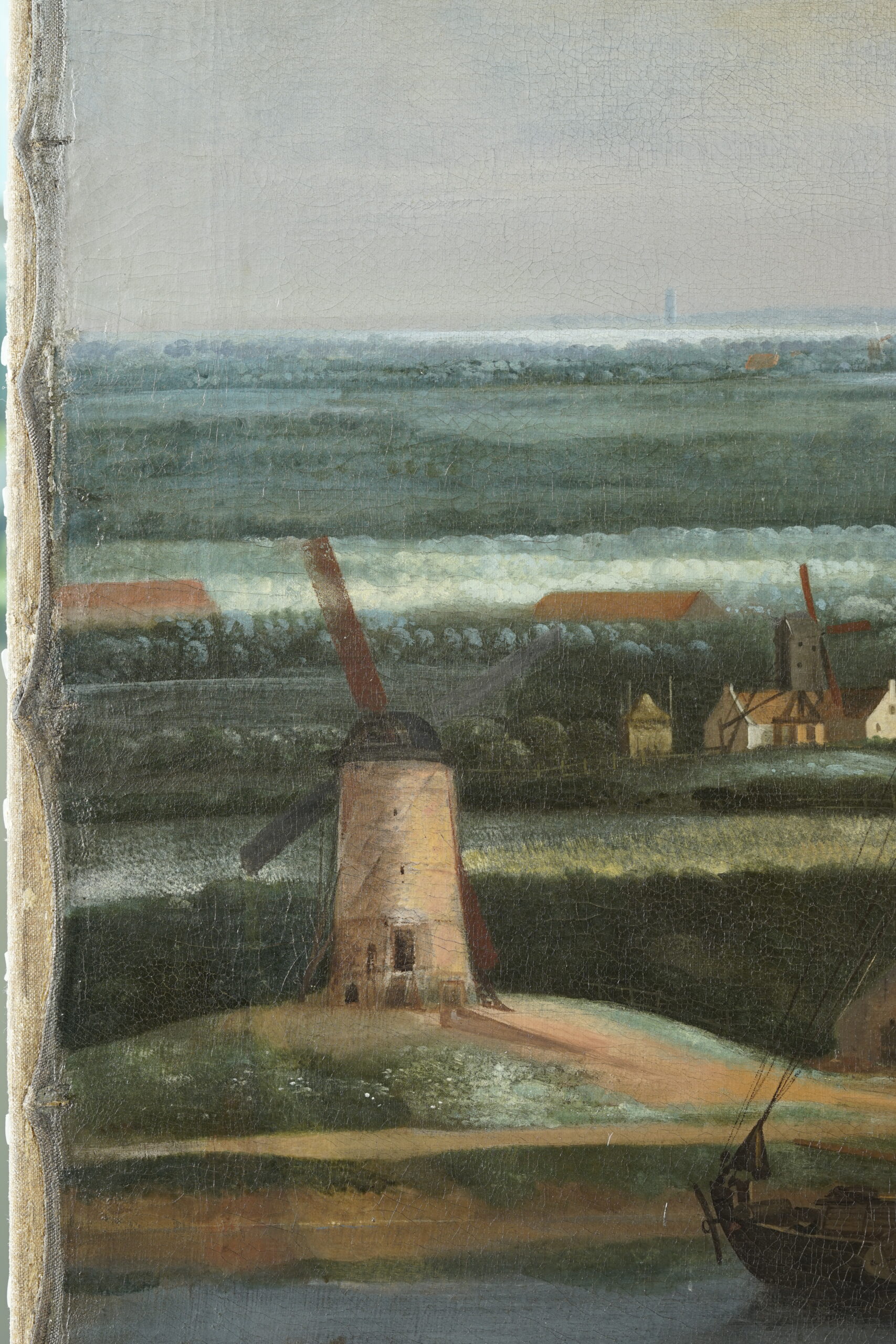