BACK TO THE OBJECTS

CHARACTERISATION AND CONSERVATION OF TEXTILES FOUND IN THE SHIPWRECK BZN17

In the summer of 2014, a large number of textiles was found in a seventeenth century shipwreck near Texel. The goods were collected by sports divers and handed over to the local museum and subsequently to the province of North Holland. The wealth of the collection was striking, such a textile collection was never discovered before from a maritime context, the objects were untouched for almost 400 years.

Research has been started with two main aims:

Within the project a full characterisation of the textile object is foreseen, patterns will be taken and materials (textile, dyes, metal yarns) used will be investigated. The effect of oxygen on the preservation will be examined. The outcome should provide guidelines to exhibition conditions and form the basis of historical research toward this unique collection. In addition to the textile objects, it is good to realise that about 1.000 other objects were found which are currently being examined by Arent Vos (RCE/Batavialand). Additional research on these objects is foreseen as well.

► Ana Serrano, Agnes Brokerhof, Bart Ankersmit, Maarten van Bommel, From the bottom of the sea to the display case: A study into the long-term preservation of archaeological maritime silk textiles in controlled atmosphere, Journal of Cultural Heritage, Volume 45, 2020, Pages 91-100. 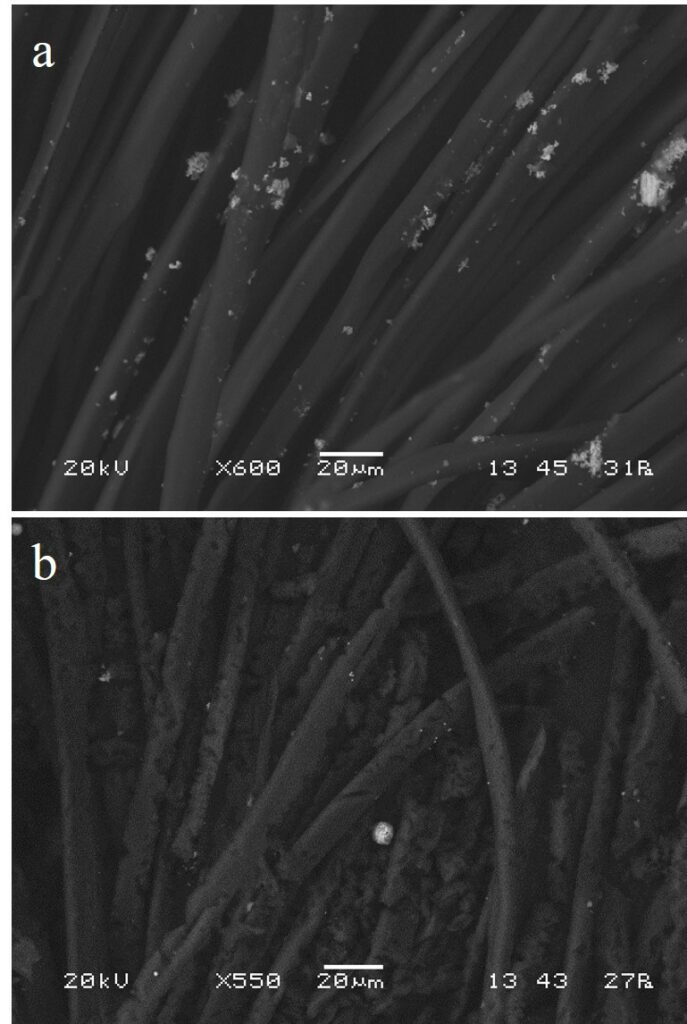 SEM images from analysed silk fibres sampled from the maritime archaeological fragments: a) smooth and flexible fibres with some silver sulphide deposits, and b) fibres heavily damaged from biodegradation, presenting extended pitting and transversal and longitudinal cracking, and a few iron sulphide and clay deposits.

Partially funded by the Province of Noord-Holland